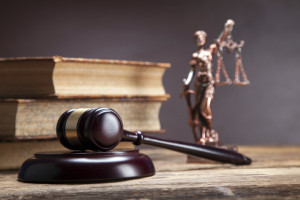 Jeff Burleson is a highly experienced criminal defense lawyer in the Kitsap area.  He is a former prosecutor who was lead counsel in many jury trials including murder, drug, and sex assault cases.  He will use that experience in your criminal defense case.  Jeff accepts many criminal cases including:

Assault Assault is defined as unwanted bodily harm.  The definition of bodily harm is physical pain or injury, illness, or an impairment of physical condition.  This means one does not necessarily have to suffer an injury to be assaulted.  Inflicting pain only can be enough in some cases. There are four levels of assault in Washington.  1st Degree Assault in the most serious.  It’s a class “A” felony that can result in life imprisonment.   The least serious is 4th Degree Assault which is a gross misdemeanor.  It can be punished up to 364 days in jail. There are defenses available in assault cases.

These would include self-defense and defense of another person.  You are allowed to use reasonable and necessary force to protect yourself or another person.  Jeff will discuss this defense with you at the initial consultation.

Domestic Violence Domestic violence assault is aggressively prosecuted in Washington State.   A disagreement or argument can escalate. Before you know it, the police are at your house and placing you under arrest. After arrest, most courts will issue a no contact order that you cannot violate. In the state of Washington, domestic violence is defined as any assault, bodily injury, physical harm, or even just the infliction of fear of such actions on a member of one’s family or household.

Family and household members can include spouses, former spouses or domestic partner, persons who have a child in common, adult person related by blood or marriage, adults who reside together or who have resided together in the past (roommates), a current or former boyfriend or girlfriend. Some common charges based on domestic violence include assault, stalking, harassment, malicious mischief, and violate of no-contact order.

As a former prosecutor, attorney Jeff Burleson knows the tactics prosecutors utilize in domestic violence prosecution. Thus, he knows how to combat these tactics and works to achieve a favorable result for you.

For example, a person taking property directly from body of a person can be charged with most serious level of theft. There are three levels of theft in Washington.  1st Degree Theft is the most serious.  It’s a class “B” felony that can result in 10 years in prison.  The least serious is 3rd Degree Assault which is a gross misdemeanor.  It can be punished up to 364 days in jail. In addition to criminal penalties, a person who commits shoplifting (or the parent or legal guardian of a minor who commits shoplifting) may be civilly liable to the store or business owner.

Contact Jeff today to discuss your options in a free consultation.

Drug Offenses If you are accused of drugs charges involving a Violation of the Uniform Controlled Substance Act (VUSCA), Possession or distribution you need an experienced criminal defense attorney working for you.  As a former prosecutor, Jeff Burleson has worked with VICE and narcotics officers before.  He knows how these agencies operate.  He also knows how prosecutors handle these types of cases.  This experience can help you in your case. Drugs offenses are taken seriously in Washington.  A conviction for a drug offense carries potentially very serious consequences including jail time and fines.

However, there may be ways to eliminate the charges against you if the police violated your constitutional rights.  There are also ways to mitigate your punishment and go through drug treatment programs such as Drug Offender Sentencing Alternative (DOSA) program, First Time Offender Waiver, and a Diversion program.

Contact us today to arrange a free consultation to discuss your options.

to arrange a free initial consultation, so you can get back to as normal a life as possible.
Contact Us Today